(May 25) Children's book review by Paroma 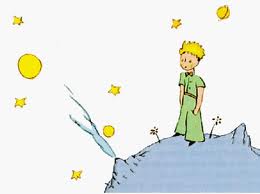 He gave up drawing boa constrictors eating elephants and thus a very promising future in the arts was squashed. He became an aviator.
But as he flew over a desert one day, he had the great good fortune to crash into it miles from civilization and then spend a few days in the company of the very magnificent, Little Prince. The Prince owned a planet. Really, it was an asteroid (B-612), but the Prince preferred that it be called a planet. It had three volcanoes and a rose. The prince spent all his day uprooting baobab trees from his soil, because if they were allowed to grow up then they would overrun his little planet (which was the size of a house) and then crumble it to dust. So you, understand how important it was to keep them from taking root. 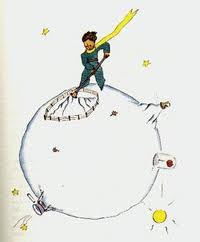 Of his three volcanoes, one was dormant. The prince used the other two to keep warm and cook his food. One day his rose found her way to his planet and then persuaded him to take care of her. She was beautiful, vain and selfish but he loved her. She appeared not to care.
The prince then decided that he would visit other planets to see how others lived. 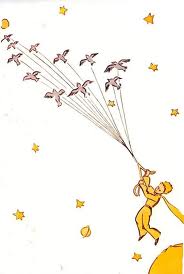 He met many adults and thought them odd, peculiar and silly. He sympathised with a lamp-lighter who diligently lit his single lamp even though days and nights followed each other too swiftly for him to rest.
The prince finally came to earth. 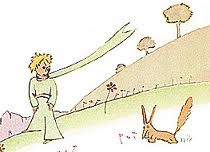 When our aviator meets the little prince, he asks the drawing of a sheep from him. The aviator can't really draw sheep very well, since the only thing he ever drew was a boa constrictor eating an elephant. He tried, but the prince was not satisfied by his attempts. Finally, the aviator drew him a box with tiny holes and told him that the sheep was inside. The prince nodded. Yes, that will do. The sheep was to help him keep the baobabs from becoming unruly by eating them.
The prince then told the pilot about his adventures. 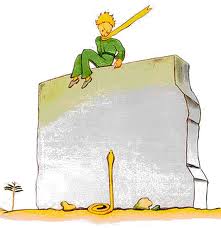 They say this book is for children. Perhaps it is. That is why I am putting it up here, so that children may know of it and read it and come to love it as I have. I didn't read it as a child, but if I had I think I would have loved it differently. I might not have understood many of the deeper ideas embedded in this simple prose, but then again...maybe I would have understood something I can't possibly understand now.
Children often do, you know. 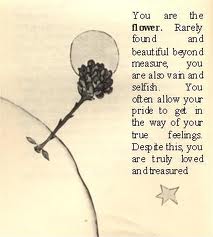 I would consider any human's education incomplete, their understanding only half formed and their thoughts dipping only the shallowest ponds if they have not read this book. This is a review and a recommendation, not just for children but for the adults who still remember how much bigger the world seemed to them in their childhood. There is something to learn from that. 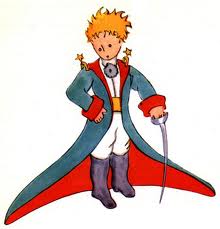 the little prince is very naughty and beautiful.
cheers.

your wriitng makes me giggle.

what a entertaining review.

Lovely review- I loved it and can't stop smiling just thinking about it.

one of the most adorable reviews. i read the book back in school and am in love with it ever since.

One of my favorite books. :) I love this post.

What a wonderful review/take on The Little Prince. I enjoyed every word. One of my favourite books from childhood.

thanks, everyone! It's my favourite too!

This is one of my all-time favorites. I have it in French...exquisite and so thought-provoking. "You are responsible for your rose!" Nice review.