Todays book review showcases the work of blogger/writer Christopher L. Jones , who is an author , poet and artist living in Salt Lake City , Utah , USA.
Originally born in Tucson , Arizona , he has been a survivor of mental illness , specifically bi-polar disorder , for most of his life . He started writing after being introduced to poetry as a form of art therapy as a teenager and has not stopped since .
You can visit his blog at  http://industrialarts.wordpress.com/

All fiction has a grain of truth , often in the form of subtle allusions to real-life people and events that may be intertwined into the fabric of the novel , and the novel Waterboarded , written in a direct and sincere manner , is reminiscent of such a novel . The story is told from the point of view of a manic-depressive , whose pain, confusion and madness of having to deal with this life-long battle , finally catches up with him . His state of emotional and psychological fragility , combined with a summer of debauchery , threaten to drive him over the edge . He struggles to find a way out of this predicament , in the most unexpected manner .

The main character is a "plain , poor and socially impoverished intern" from a "boring , middle class life in the southwest" , who finds himself in post-9/11 New York City ; he is there to complete a summer internship at a prestigious establishment and has access to "lots of benefits , freebies and endless parties ..."
Alone and vulnerable , he meets an extremely bored and rich young man who possesses a "decadence that filled the empty spaces of his existence ." With the result , a phase in his life that is supposed to be a great adventure , turns out to be anything but ...

Here is an excerpt from the novel . 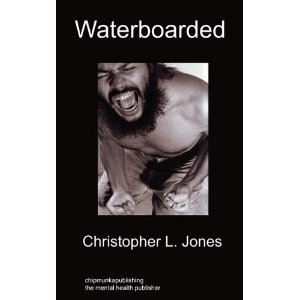 ONE
It was a queer , sultry summer , the summer after the Twin Tower bombings . New York City was still not whole . The wound was still fresh and bleeding , sore to the touch . It was like me ...

I remember that summer well . It was supposed to be the summer of my life , one that I was never to forget and in a way it was , just not in the way that most would have liked to think .

Being there and then was the worst thing in the world ...

I remember walking the streets around our hotel the first couple of days after we had arrived . Everywhere were grim reminders of the tragedy that had only so recently happened . The sign posts and bill boards plastered with pictures of the missing and the dead still haunt me . They reminded me of the make shift signposts the GI's used to raise on their bases during World War II - the ones that had a sign pointed to every capital and odd city imaginable with the miles to it written carefully and precisely next to it .

Paper and trash was constantly blowing around . It clung to your body in the wind like scattered lost souls being sucked up into a vortex and desperately lashing onto anything they could reach .

I swore in certain parts of the city you could still smell smoke and death , but only in my mind's imagination .

I remember that there was nothing else on television at the time . There were constant news reports and special reports and world reports on this grand new war on terror . It seemed that everyone in the United States was hell bent on revenge , and the bloodiest deadliest revenge they could manage at that . That always struck me as ironic .

Posted by Michelle . You can visit my blog at http://writer-in-transit.co.za/

Christopher has a way with words, very strong beginning,

Bless both of you.

loved the introduction Mish... and yes a book worth a read..

Thanks for the positive feedback ! I really appreciate it !