A Chance to Say Yes by Tina Murray

ABOUT A CHANCE TO SAY YES 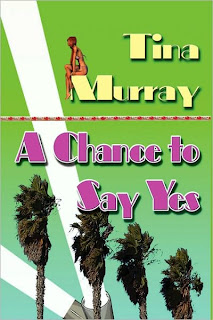 In the midst of money, glamour and lust, lives a secret so life-changing it could rip their worlds apart
What if your old high-school flame became one of the world’s most famous movie stars and moved back to town?  What if he didn’t know that for twenty years you had been keeping a secret from him—and from the rest of the world?
Heston Demming is at the peak of his acting career - an international celebrity whose face is on every tabloid.  He is wealthy, drop-dead gorgeous, and stalked by the paparazzi, but beneath the polished veneer he is a man fighting for emotional survival – a man whose life is falling apart.
When he returns to his hometown of Naples, Florida, his lavish lifestyle is declaration of victory over the poverty and hardship of his youth, but deep down inside he is a man drowning in despair.
During his attempts to make restitution to those he wronged, Poppy Talbot, a woman he had left behind in his quest for money and fame, comes back into his life.  Poppy still retains the same sweetness she had when they were love-struck teenagers and Heston realizes she is the one woman who could save him if he could get her to forgive and forget the past.  Poppy is now an art dealer in this wealthy town; married but currently separated from her husband, and yet she had never stopped dreaming of seeing Heston again some day.  What Heston doesn’t know is that she actually had vivid nightmares about it – about the consequences of a long-kept secret – one so deep that if she lets Heston back into her life it will surely rip their lives apart.
A Chance to Say Yes (Archebooks Publishing) takes you inside the explosive and private life of this exclusive beachfront community’s most renowned son.  For anyone who loves celebrity gossip, this book is a must read!  The first novel in the Demming family saga from author Tina Murray – this is a love story for both women and men. 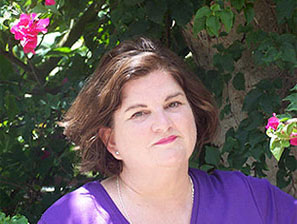 ABOUT TINA MURRAY
Romance readers will recognize Southwest Florida resident Tina Murray from her published work Dead Palm Trees in Jackie Hofer’s anthology Tree Magic and from her essays in the USF literary journal Palm Prints.
A recluse at heart, Tina has ventured her way into the publishing world after years spent in a wide range of pursuits. Insight gained, especially as an actress and artist, subsequently enhanced by degrees in art education, education, art and drama from the Florida State University and the University of Miami, has fed her imagination for her debut romance novel, A Chance to Say Yes. Now she enjoys the sunny shores of paradise as she prepares the sequel in her movie‐star dynasty.
You can find Tina Murray at www.tinamurrayauthor.com
Purchase the book at Amazon in both hardcover and kindle edition.

palm trees are one of my favorite trees.

your post is always entertaining and the images are perfect in sight.

keep it up, Rebecca.

Thanks for using the time and effort to write something so interesting.