This is Abhishek Boinapalli (aka AllMyPosts) from Another Author. I post book reviews, plots or excerpts from books once every two weeks. So here is this week's post for Bluebell Books.


--x--
Interest of Justice by Nancy Taylor Rosenberg, is the first legal thriller I have ever read well I completed it yesterday only.  A little credit to the author first:

Nancy Taylor Rosenberg worked for the Dallas Police Department, the New Mexico State Police, the Ventura Police Department and as an Investigative Probation Officer in Court Services in Ventura County, where she handled scores of sex crimes and murders. She is famous for her first novel Mitigating Circumstances and list of  her complete works shall include Conflict of Interest, Abuse of Power, Trial by Fire, California Angel, First Offense, Lily Forrester series, Probation Officer Carolyn Sullivan series.

Coming to the plot, the summary of Interest of Justice is:

Lara Sanderstone, the Judge who has reputation of being tough, unmerciful, always leaning toward the longer terms, stacking the penalties as high as they would go, is shaken when her home is ransacked & rifled. Though Judge Sanderstone has a troubled relationship with her sister & brother-in-law, she lost her only sibling the very next day in a brutal murder better say double homicide leaving her in mortal danger, with responsibility of bringing up a bitterly unmanageable teenage nephew.

Imagine her troubles, in this scenario.  Never has Judge Sanderstone, had so much at stake and never has she brought up a baby, let go a troubled teenager. The hunt for savage murderer of her sister leads to no where but to shocking revelation  that her career as Judge is at stake for trying to protect her brother-in-law from a ticket or two, after putting all her life and all her years to claim her ground in this profession.


The detective Rickerson, though tough and time tested and knows his trade, comes under kind of prejudice once the initial evidence points to the once D. A, who crushed Rickerson long back and is now the supremo in the superior court Orange County, Judge Leo Evergreen,  after ruling out the various threats Judge Sanderstone receives due to cases she handled.  Lara Sanderstone is compellingly drawn to Rickerson and they both mobilize the force and intelligence to bring down powerful forces behind the murders revealing pornography, trade, extortion, child molestation, emotional drama, misuse of authority in courts and hell lot similar stuff. 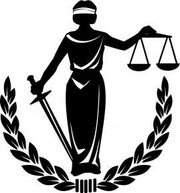 All ends well, when Josh, the bitter nephew, starts loving his aunt Sanderstone and takes it upon himself to find out the truth behind a Game-Man,  who is a suspect in the case, who attracts young men and molests them. To the aid of Josh is Emmet, a computer genius, who couldn't walk and had some serious disease decapitating him. Emmet helps Josh in successfully throwing light in the right direction, saving the day. Did I say all ends well?? If you imagine, Josh almost getting molested, Lara almost losing job, Lara's best friend and her husband turning out to be murderers, lots of emotional plots, families ruined only to reunite in some cases and lot of behind the scene plots, then, yeah, all is well!!

Do I recommend this book? Yeah, if you are avid reader, you can't put this book down. Legal thriller is what it is called.  Have you read any other legal thriller? Is there any book which you want me to review? Have you read books of  Nancy Taylor Rosenberg? Liked my review? Do I use review well? Do I use right English? Let me know, all that you feel!!! Kindly!!!


with warm regards AllMyPosts
Posted by Abhishek at 4:00 AM

Well posted..good to see this here..good thinking of this one..well shared here..and the contents are really nice of this..thanks for sharing here with us.

thanks a million for your kind words!!

with warm regards
Another Author

I love the thriller genre but I haven't read any books by this author . Thanks for sharing with us !

we always enjoy your review.