The Power of the Blue Medallion Book Spotlight and Excerpt 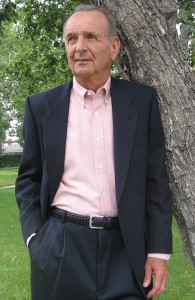 About Les Berman
Raised in Southern California, Les Berman earned his bachelor degree in Sociology with a minor in Math from Long Beach State University, and a Masters in Education from Pepperdine University.  Currently retired from the ABC Unified School District, Les also volunteers his time coaching young track and field athletes for a private club in Long Beach California. Les has coached many International and Olympic Athletes over the past forty years, and has been selected as a United States International Coach four times throughout his career. The Power of the Blue Medallion is the first book for this author.
You can find Les at www.novelwithmath.com and www.thepowerofthebluemedallion.com
Purchase at Amazon 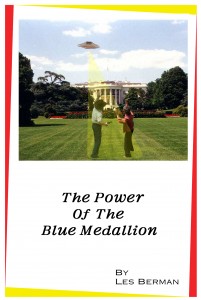 About The Power of the Blue Medallion
This Captivating science fiction/fantasy novel follows the wild adventures of three charismatic young aliens from the distant planet Hebutar, and their companion on
Earth.  Zytor, the son of the ruler of Hebutar, is determined to stop a group
of terrorists from causing chaos in the United States.  Against his father’s wishes, Zytor travels to Earth and meets a young girl, Tandy, whose father was killed by terrorists.  Zytor’s sister Phelena; a Captain in the Hebutarian Military and a fellow soldier, are dispatched by her father to bring Zytor back to Hebutar before he mingles into the affairs of Planet Earth.  While tracking down the terrorist, Zytor gets his medallion stolen (a powerful weapon), forcing him to team up with his sister and devise plans to retrieve the medallion, and help authorities stop the evil terrorists from executing
a terrible attack in Washington D.C.
Book Excerpt
“We better get inside the chamber room and find a place to hide until they come to plant the explosives,” General Vendor said to Zytor and Phelena.  “Raygor, you better put on the security guard outfit and relieve the guard on duty.
By four-thirty everyone was at their assigned positions, waiting nervously for the operation to begin. Before attending their post on the outside of the building, the two experienced FBI agents sat in their car for a few minutes, discussing their concerns regarding the number of men assigned on the outskirts of the building.
An hour later Raygor heard the stairway door open as he approached the three remaining tourists.  Before escorting them to the escalator, he knocked twice on the outside of the chamber wall, signaling Zytor and the others that the operation was on.  Raygor purposely watched the tourists land on the first floor, allowing them to enter the chamber room.
Phelena grasped her medallion, taking only a minute to render herself and the others invisible just seconds before Janis, Henry, and Puccini entered the room. Hiding behind the last row of seats in the room gave them an excellent vantage point in watching every move of the three terrorists.  As expected, they removed the panes to the television cameras and carefully concealed the explosives on both sides of the room.  After congratulating themselves, they retreated to the Chamber entrance, peeked out the door, and quickly stepped into the hallway, when the guard was nowhere to be seen.
Just as they were about to make their way to the stairs, Janis paused as he heard a loud sound from the chamber room when Zytor accidentally kicked a chair as he got up from behind it.
Book Information
Title of Book: The Power Of The Blue Medallion
ISBN: 978-1-60725-180-4
Genre: Science Fiction, Intrigue, Thriller, Math education
Publisher: none
Publication Date: 2007
# of Pages: 229
Posted by Rebecca at 12:50 AM

Rebecca, this is wonderful,