Many authors are remembered for only one of the many works they leave behind. Anna Sewell immortalised herself with the only work she ever printed.
Black Beauty. This book is poetry for a child’s soul.
Beautiful in its simple prose, clear in every expression of emotion- be it that of horse or man- and astonishingly touching.
At the time it was published animal cruelty was an accepted evil of society and the few who cared could find no way to touch the heart of the masses.
Anna Sewell succeeded where they failed and even today the effects of her story lingers- we baulk at slaughtering horses but not other livestock. Almost as if, some part of us began believing in the intelligent, feeling and stubbornly living character of a horse in one century-old story. 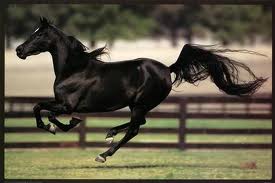 Black Beauty narrates his own story from his memories as a coal, his days by his mother, his breaking-in, his early masters and the many friends he made with men and horses during his often eventful life.
They were kind and cruel to him, his masters, and Beauty was sometimes happy and sometimes discontented. He tells us about the habits and characters of his owners and lingers on a boy who was good to him. He loves and hates and learn from life what lessons he can.
He explains patiently why bits are nasty things to put in a horses mouth and that blinkers blind them. That check reins were silly things that humans used to hold their heads in odd ways, and that they did nothing but annoy perfectly normal horses.
He often didn't understand odd human habits, but as his mother said, while watching men hunt a single rabbit on horses- they were only horses, so perhaps it wasn't for them to understand men. 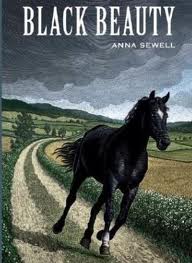 How do I explain why this story caught my imagination and made me read it again and again? I never watched the movie- not because it was no good, but because it was some one else's idea of Beauty. For me my beautiful diamond starred horse is unique. He is witty, patient, skittish, playful and loyal.
He proves his worth many times and one day finds a home. His journey in the country side of regency England and the streets of London is truly something to follow him on. He days in stables with friends and neighbours, and his wild runs in wide, green fields are comfortable pillows to hug close to myself and smile.
And so, I loved this when I was ten and I love it now when ten more years have passed. 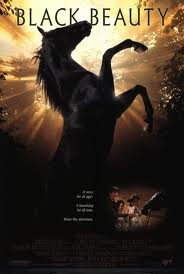 How could I not?
Posted by Bluebell Books Twitter Club at 8:33 AM

you make me go back and read this classic this very moment. well written and well remembered :)

thanks people. It was a really beautiful story. :]

I love Black Beauty, it's one of those timeless stories that stick with you even when you're grown up

One of my all time fave books, and the first one that I can remember which made me cry.
On another note, thank you for the invite to the short story slam. Couldn't find original post and linky, but had saved photo and story I wrote on USB before Blogger crashed, have just posted it on my site. :))

One of my fav books when I was a kid though it always made me cry in some parts, now its my daughter's fav too. A timeless classic!Thanks for featuring it .