Hollywod Under the Covers Book Spotlight and Excerpt 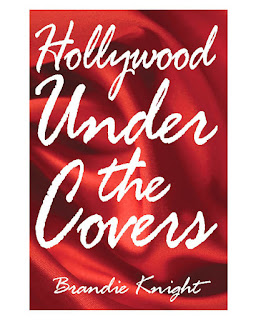 Purchase Hollywood Under the Covers now in book form and kindle format at Amazon
BOOK EXCERPT:
(A flashback scene)
1995 CANNES FILM FESTIVAL
CANNES, FRANCE
After the opening night ceremonies, there was a big bash on some movie producer’s
yacht. At thirty-nine, Jake Slader was living like a king on a prestigious
yacht, sailing into the darkness of the Mediterranean Sea.
Jake worked his way through the crowd of industry whores when he spotted
Uncle Luke Lexington, standing in a group of people.
As Jake made his way closer, he recognized actress Liz Holiday–his talent
agency’s client and the reason he was in France. He was there to oversee her
movie screening and promotion.
A couple of years ago, Luke had set Jake up in business. He arranged for
Jake to open a talent agency to feed him his clients. Luke managed the top
Hollywood moneymakers and had control over their agency representation.
Luke was double dipping with the client’s percentages but only Jake knew
about that. Jake was not complaining, because he was on his way to becoming
a multi-millionaire himself.
The bottom line was a shit load of money for both of them.
“Come over here, Jake,” Luke said, motioning to him. “I want you to meet
Antonio Durso, the director and producer of Suspicious Hearts.”
Jake reached out and shook his hand. “We’ve talked on the phone. Nice
yacht,” he said, distracted by the stunning young cunt on the man’s right
arm. Her heart shaped lips were made to wrap around his manhood. He felt his
torpedo starting to salute.
“Thank you,” Antonio nodded.
Jake snapped out of his sexual trance and remembered his whereabouts.
“Liz,” he said, opening his arms for a hug. “You look stunning, as always.”
“You’re always a charmer. This is my niece, Lacy Fox,” Liz introduced
with a strange tone in her voice.
He turned toward the sexy young temptress, who had to be in her late teens.
She had tan skin that glowed, with long dark hair, erotic facial features, and
a body straight out of Playboy. She was a splitting image of Liz in her young
days.
“You’re baby Lacy?” Jake asked amused, remembering how he helped deliver
her. “Hot damn, you’re not a baby anymore.”
“Shut up,” Luke demanded, throwing an evil eye at him.
He was staring Hollywood’s biggest kept secret in the face. He felt a rush of
power over her.
“So, you’re her aunt,” Jake pointed at Liz. “This is too much,” he said,
busting into laughter, “a-ha-ha-ha. Oh, the secrets. A-ha-ha-ha.”
“Go take your medicine,” Luke said sternly, giving Jake a shove away from
the situation. “I will deal with you later.”
***
“Ignore him,” Mr. Lexington said, red faced, glaring at Liz. “His doctor
recently changed his prescription.”
Aunt Liz’s agent had to be on some kind of drugs, Lacy thought as she
watched him continue to laugh, stumbling into people.
Lacy turned to Liz, who was holding her chest and trying to catch her
breath. “Aunt Liz,” Lacy hollered, rushing to her side. “Antonio, do something,”
she said in a panic.
Antonio was already in the midst of catching Liz as she started to collapse.
He scooped her up and carried her to a guest room. “Call Doctor Cooper,” he
instructed one of his bodyguards. “Tell him the helicopter will pick him up in
ten minutes.”
“Oh heavens no, I’m fine. I don’t need a doctor.”
Lacy gave Antonio a look of concern.
“I’m fine,” Liz said, smiling. “It was simply an anxiety attack. I’m not use
to being around so many people,” she said, as her eyes darted downward and
to the side.
Lacy knew Aunt Liz well enough to know that she was lying. What was
she hiding? Lacy’s mind raced back to what was going on before her aunt’s
panic attack. Who was there? What was said?
The sleazy agent had to be the answer.
Lacy kissed Liz on the cheek and turned to Antonio. “I’ll be right back.
Stay with her.” She stormed out of the room before he had a chance to ask any
questions.
About Brandie Knight
Brandie Knight is driven by creativity, passion, and adventure. Now, after twenty years in the entertainment industry, she is writing about her encounters in a fictional environment in Hollywood Under the Covers. Over the past 20 years, Knight has created and produced a television pilot, two radio shows, and an entertainment magazine. She is the co-producer of the award-winning documentary a/k/a Tommy Chong, and former Hollywood publicist. Knight splits her time between Las Vegas, NV, Taos, NM, and her hometown of Ponca City, OK.
Visit her website at www.brandieknight.com.

it seems like a hot book with a delicious theme,

This looks like the perfect book to take to the beach...

a hot read for a hot August!