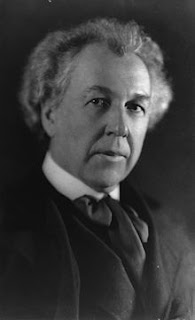 About the Author:  The author of “Loving Frank,” Nancy Horan, is a former journalist who once lived in —the hotbed of Frank Lloyd Wright’s early architectural work and his home. She now lives on . While the story itself unfolds as fiction, it is based on historical research and the lives of actual associates of Frank Lloyd Wright.

Story Summary: Frank Lloyd Wright, an American architect who practiced his art for 70 years in the 20th Century, has wielded enormous influence in the world of design. His philosophy was to incorporate buildings as a part of, rather than in opposition to, the natural landscape. He established centers for learning for architectural students in and .
His personal life, however, was rift with tragedy and strife. This historical/biographical novel focuses on his relationship with Mamah Borthwick Cheney, his mistress—a relationship that destroyed both of their marriages and defied all the mores of the early 20th Century. A relationship that terminated in her murder and the destruction of the original Taliesin, his home and center for architectural students.

Recommendation: ****
The story is a compelling read that, at the same time, supplies the reader with a wealth of information about 20th Century architecture, Frank Lloyd Wright and his work. For those who have interest in a more detailed account of his work, I suggest “The Fellowship: The Untold Story of Frank Lloyd Wright and the Taliesin Fellowship.”
Reviewed by Victoria Ceretto-Slotto http://liv2write2day.wordpress.com/ 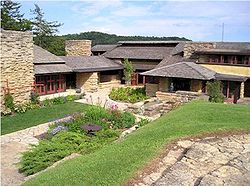 Another fantastic book that you have chosen. Horan writes a terrific, almost suspenseful take on Wright's life.