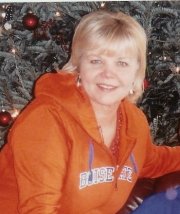 The Story and Its Author:
Susan Ray Schmidt’s compelling memoir relates her life growing up in a fundamentalist Mormon community in where the practice of polygamy was practiced. She was born in October of 1953 in to and Mathel Ray.
When she was eight, the family moved to to join a colony of polygamists started by the LaBaron brothers (Alma, Joel, Verlan and Ervil) called Colonia LaBaron. Shortly after the move took a second wife,  a Mexican named Maria, and began a second family with her.

Shortly before her 15th birthday she had a dream that she thought told her that she was to marry Verlan Labaron who was the brother of the prophet Joel. Soon after that Verlan started courting Susan. Soon after her 15th birthday, she became his sixth wife and went to live with several of his wives and children in the Baja part of . Her memoir recounts the pain and challenges of sharing a husband with her “sister-wives,” and the circumstances leading up to her divorces and departure from the polygamous lifestyle. 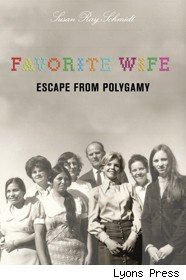 Recommendation: ****
This is such a compelling read. Don’t pick it up until you have the time to enjoy it and definitely not when you’re sleep-deprived...you'll be reading late at night. Susan’s account underlines the power that oppressive authority can wield over those who trust and the strength of someone who has the ability to stand up to it.
I'm Victoria Ceretto-Slotto (http://liv2write2day.wordpress.com/) and I'm happy to share this review with you today.

Posted by Victoria Ceretto-Slotto at 10:02 PM

amazing review, wow, three posts are coming together, incredible job from all officials.

thanks for posting, Victoria.